The recently released movie KGF chapter 2 has become a massive success, and people are eagerly waiting for KGF chapter 3 to release.

Well, you have seen the reel life KGF but do you know about real-life KGF mines?? I think not the majority of people here know about the KGF mines in India.

But don’t worry; in this article, learn all about the Kolar gold field(KGF) mines, their history, and the question related to KGF…
Let’s begin

It is headquartered in Robertsonpet where employees of Bharat gold mines limited(BGML) and formerly known as Bharat earth movers Limited(BEML), and their families live.

The History of Kolar Gold Field:

1871 was the year of the horse. Retired British Army soldier Michael Fitzgerald Lavelle had made Bangalore cantonment his new home. Lavelle, who had recently returned from fighting New Zealand’s Maori wars, found retirement a drag. 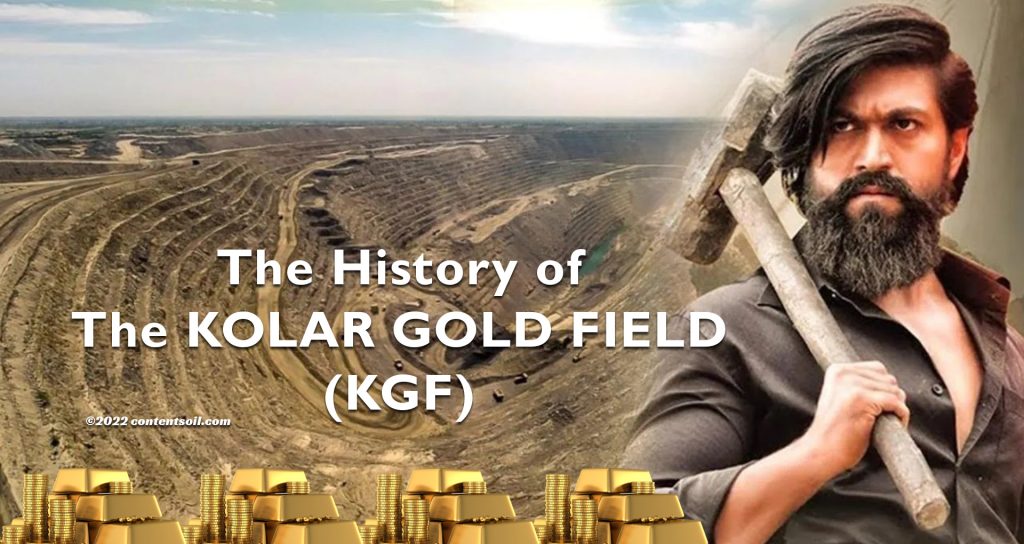 Aside from reading, Lavelle spent a lot of time thinking about his plans for the future. One article from the 1804 Asiatic Journal inspired him to embark on an adventure that would eventually lead to the discovery of the Kolar Gold Fields, the world’s second-deepest gold mine. 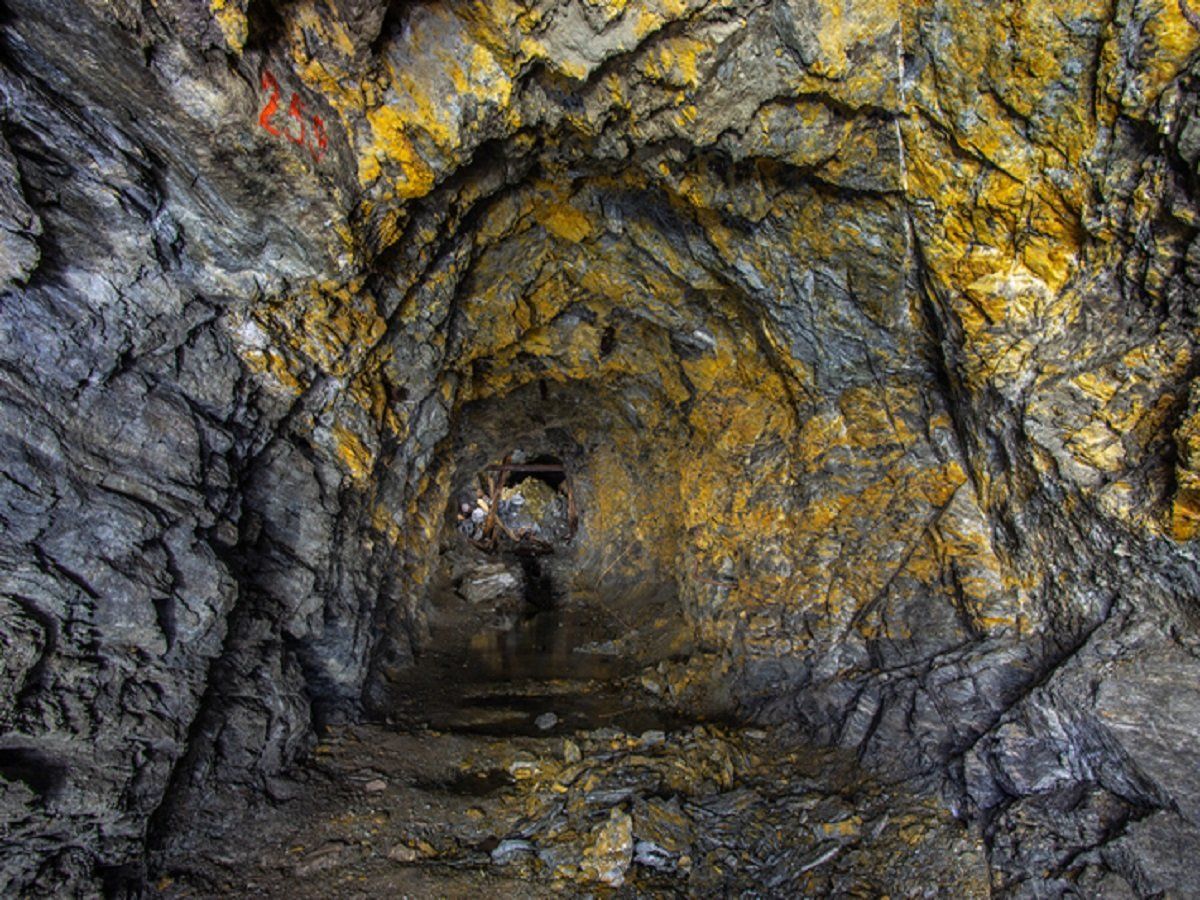 “KGF,” hailed as the biggest Kannada film of 2018, has sparked interest in this forgotten mining town and India’s gold rush. However, the film’s producers concede that it is not a work of history but rather fiction. However, this is nothing compared to the true story of the Kolar Gold Fields, which is far more interesting.

He became interested in gold mining while serving in New Zealand during World War II. That’s why his excitement when an earlier report by Lt. John Warren said that Kolar had gold reserves was understandable.

It wasn’t until 1799, when the British assassinated former ruler Tipu Sultan at Srirangapatnam, that Lt Warren faced the Kolar treasure.

The British agreed to give the Mysore princely state Tipu’s lands, but first, the land needed to be assessed by the British. Having served in the 33rd Regiment of Foot, Warren was summoned to Kolar to carry out the mission. Warren had heard tales of people digging for gold with their bare hands during the Chola period.

During the period between 1804 and 1860, numerous investigations and explorations of the region’s gold mines failed. Underground mining was outlawed by law in 1959 after a number of accidents involving gold mining in the historic mines.

However, Lavelle traveled to Kolar in a 60-mile bullock cart in 1871 after being inspired by a 67-year-old report by Lt Warren. He discovered many possible mining sites during his examination. He was able to locate the gold resources in a way that others could not.

After spending more than two years researching the area, the Maharaja’s government granted him a mining permit. Despite the government’s belief that gold expeditions were not practicable, Lavelle asked that he be allowed to extract coal.

It will cost the government nothing if I succeed in my search; if I fail, it will be of tremendous value to the country because all support I require is my right to mine…” In a letter to the chief representative of Mysore and Coorg, he wrote this.

On February 2, 1875, Lavelle was granted a 20-year lease to mine in the Kolar, which ushered in a new mining era in India.

Lavelle was more than just a gold miner; he was the face of the gold rush. Lavelle was unable to examine the gold resource since he was not wealthy fully. But FE Penny’s novel, ‘living dangerously,’ was based on his idea of generating gold and the deadly gambles of mine. Even though his savings were depleted, he became a popular man because of this. 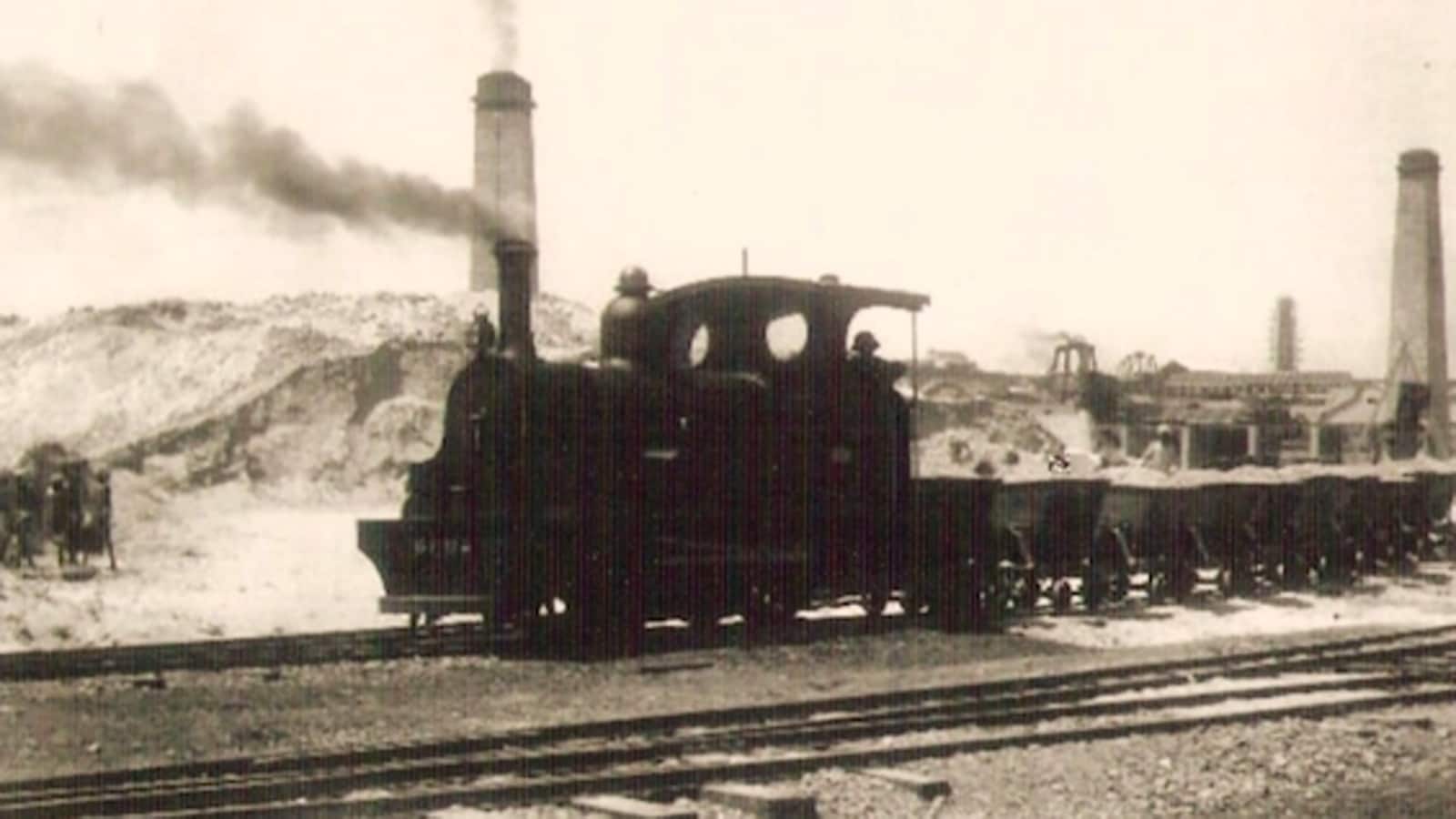 The young entrepreneur couldn’t expand his firm any further by 1877 and was in serious need of capital. Maj Gen Beresford of the Madras (workforce)Staff Corps in Bangalore, a well-known army officer, came to his aid because of his popularity. A syndicate he co-founded with three other army officers – Mckenzie, Sir William, and Col William Arbuthnot – called “The colar concessionaries company limited” and took over mining operations was called “The colar concessionaries company limited.”
Mining engineers were enticed from across the world to dig shafts in kolar to further explorations.

In response to investor pressure, the syndicate recruited John Taylor and Sons, an engineering firm that had pioneered the use of state-of-the-art mining technology in India. KGF’s golden era began with the arrival of these engineers from Norwich, England. 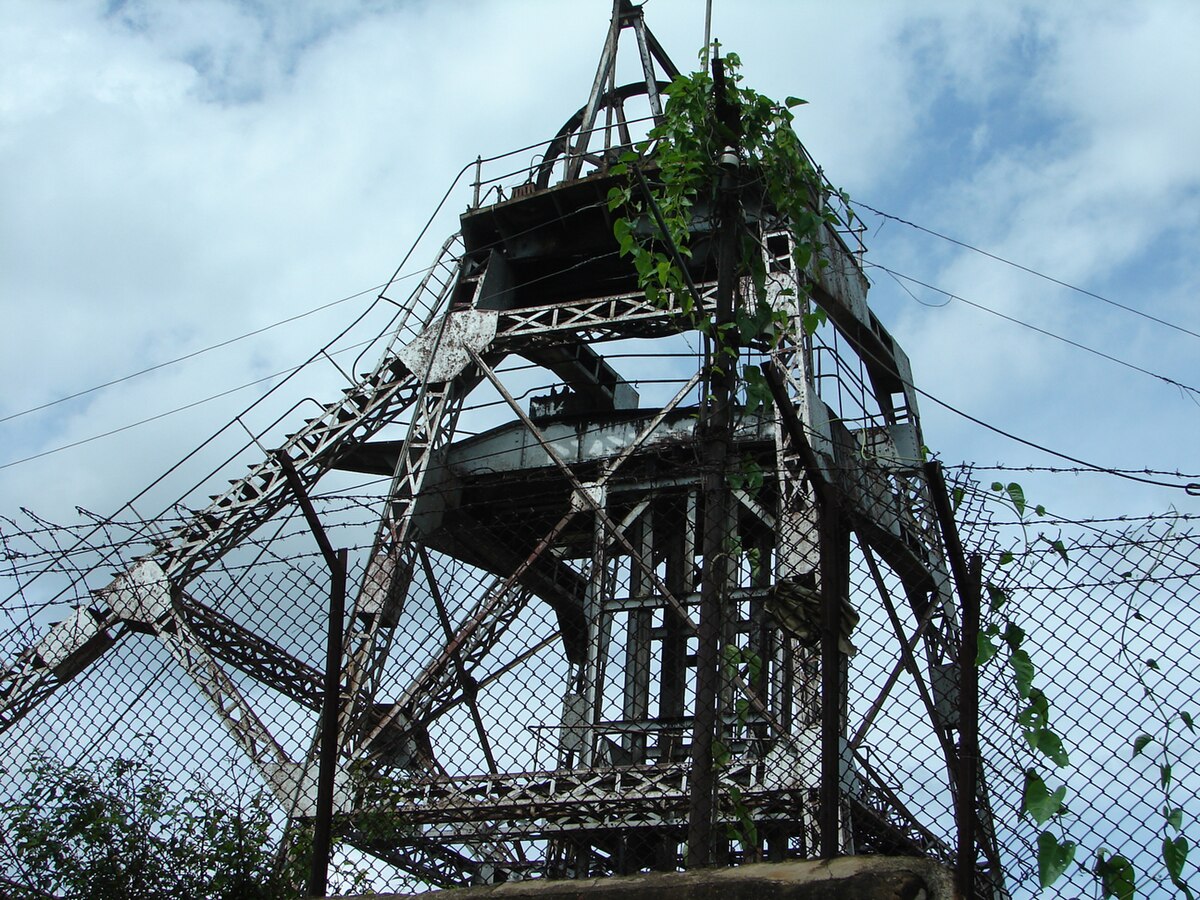 The British wanted to build the second and the first power plant in India and Asia in the city of Kolar. Proposals to develop a hydroelectric power station in the Cauvery river were presented to the Mysore maharaja by officers of the royal engineers back in 1900. The power plant and the world’s longest transmission lines, totaling 148 kilometers, were built by the Central Electric Company of New York and Eicher Wyss of Switzerland. Elephants and horses were used to draw carts full of imported machinery from the United Kingdom, the United States, and Germany.

Even before Banglore or Mysore were electrified, candles and kerosene lamps were soon replaced by bulbs in KGF. While there were power outages in some areas of the state, KGF had an uninterrupted power supply by 1902.

Kolar was the “mini England” for the British engineers and others all across the globe. KGF’s weather, bungalows, and clubs made it the perfect place to call home. Being a British colony, KGF’s culture was heavily affected by British traditions.”
In contrast, miners known as ‘coolie lines’ lived in flimsy shacks, a majority of whom were Tamils. The sheds on the other side were crowded with people vying for limited available space, with multiple families often sharing the space. Over the course of a year, the company would kill over 50,000 rats because of the rat infestation.

Even at the workplace, things were the same. Tunnel temperatures reached 55 degrees Celsius despite the steady flow of dehumidified air. Accidents were commonplace. 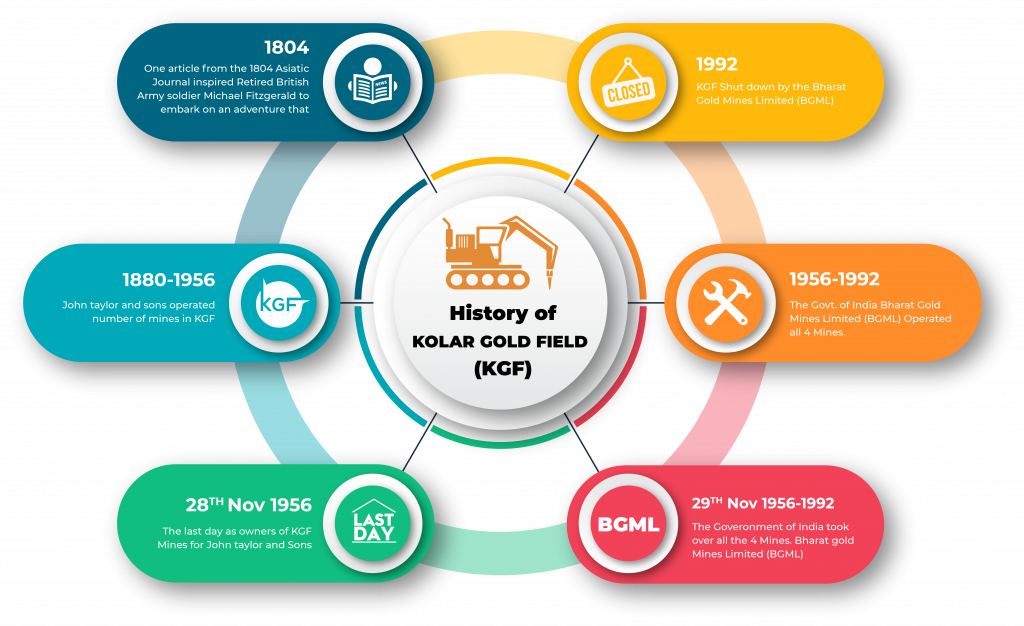 The letter from John Taylor and Sons to the Indian Govt. 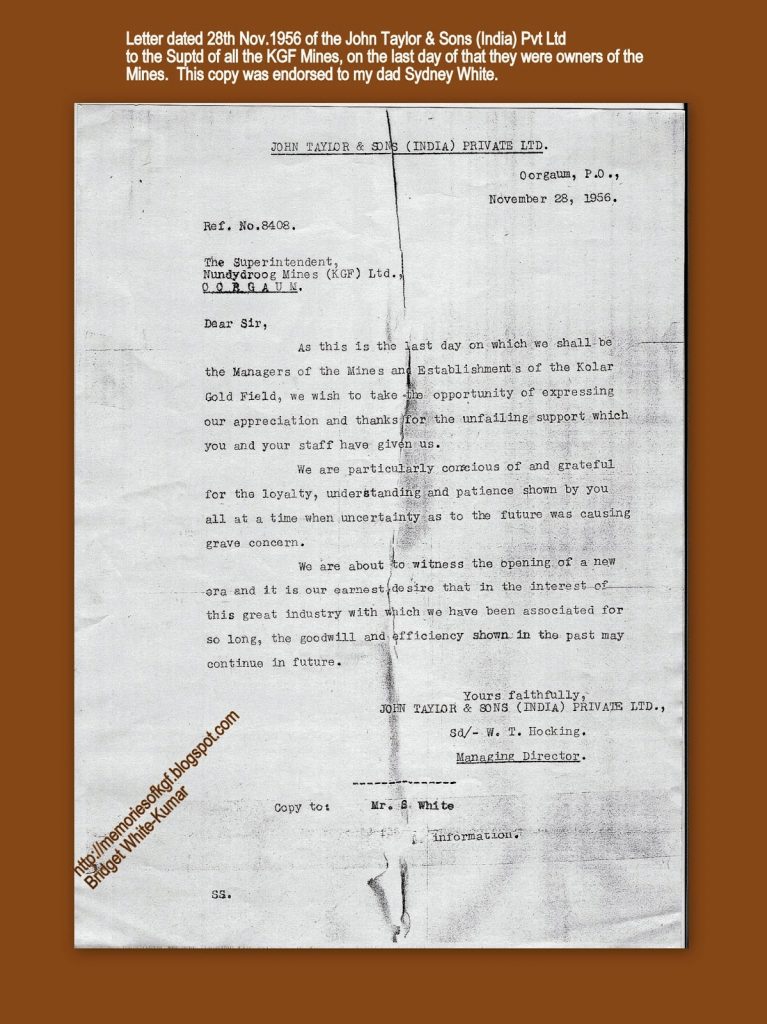 The end of an ERA:

Even though KGF’s gold reserves began to decline, crucial posts were kept by the English until their country was freed from colonial rule in 1947. Central government officials resolved to take control of all mines in 1956, but most of them had already been transferred from the state government. 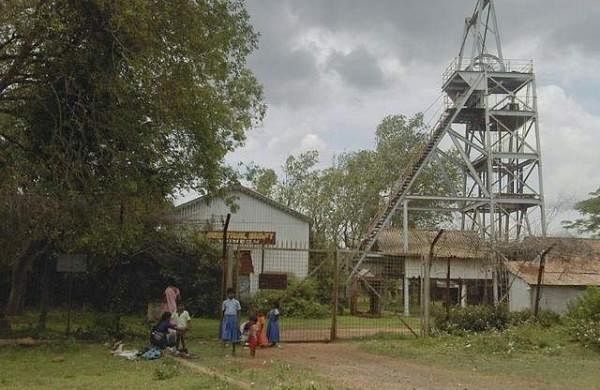 In addition to the British, many Anglo-Indians who held executive positions began to leave the nation for better opportunities elsewhere. Another group of European mining specialists went to Ghana and West Africa to work in the gold mines.

It was decided to nationalize the gold mines that produced 95% of the country’s gold output in order to impede them from closing down. However, despite significant protests, the Kolar Gold Fields were shut off.

These tunnels were lined with gold in the past, but now they’re filled with groundwater. The rebirth of the KGF, despite government ambitions and several court rulings, seems unlikely.

Although KGF still contains gold, the cost of retrieving it would be higher than the gold’s worth.

The recently released movie KGF has brought attention to the Kolar Gold field. The movie tells a fictional story about the KGF mines and the character of rocky.

In real life, KGF is India’s one of the biggest mine operations that john Taylor and sons operated before the freedom of India; then, in 1956, it was handed over to the Indian govt.

What is the situation right now in the KGF? The situation in the Kolar gold field right now is so dispirited that the people who used to work as laborers in these mines are not getting proper work and it’s challenging to survive there because of climate change.

People are being infected with the silicon illness and there is so much dust and rocks making the environment of this place dusty.