The second wave of covid gives India a very hard time, and it was the biggest failure by the government of India.

People were dying in hospitals, but there were no oxygen supply equipment ventilators, and it was a total disaster.

In March 2021, covid cases started rising with crazy numbers, but the government took no necessary action, which causes India to face a hard time with the covid-19 disease.

Several cases began to rise in February when India recorded an average of 10,000 illnesses each day.
However, the situation deteriorated in April, concluding with new global records for daily cases.

The government of PM Narendra Modi has come under fire for permitting big crowds to congregate in various parts of the country for religious festivals and electoral rallies.

India has been poorly affected by the second Covid-19 wave. Daily increases in coronavirus infections have pushed health infrastructure to breaking point in numerous jurisdictions.

Hospitals are out of oxygen supplies and essential anti-Covid-19 medications, and medical staff is allegedly stretched to the breaking point as patients scramble to get hospital beds. 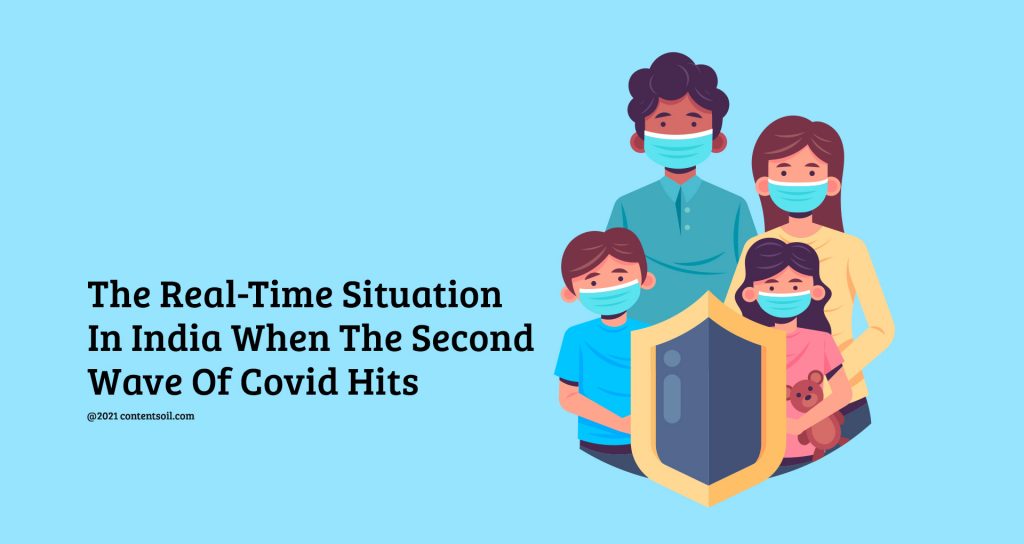 The real-time problems people were facing at that time were
1. The real-time situation in India for normal people:
2. Role of Government
3. Less oxygen supply
4. No proper Guidance for normal people
5. Fake Remdesivir
6. Lack of testing centers
7. Doctor Consultation
8. No beds available
9. Lack of ventilators in the hospitals

1. The Real-Time Situation in India For Normal People:

The situation was quite critical for normal people as the second wave of covid-19 rises. People have no idea about what they have to do and where to go? There is no proper guidance for the people.
There was a panic situation going on when hospitals are running out of beds and oxygen supplies. People are suffering to get proper medical advice.

2. Role Of Government In The Second Wave OF Covid:

One thing is evident when the horror and suffering of Covid-19’s second wave unfolds. Shortly, Pritchett’s idea of the flailing country was first put on, and now India has been transitioned into a failed state. Indian healthcare system’s “fiction” is now exposed. And because unhappy citizens struggle to find oxygen, it is no longer visible for essential medicines, hospital beds, and once sound and functionary “heads.” It has relinquished all responsibility, leadership, and governance.

There is so much need for oxygen people were dying in the hospitals without getting oxygen, and the situation was not under control.

4. No Proper Guidance To Normal People:

There was no proper guidance or instructions given to the people who have found positive for covid-19. They have no idea about where to go and how to get treatment for the covid-19 for themselves.

The situation was very confusing for normal people as nobody tries to approach them because of covid, and they don’t even know how to get treatment for covid-19

The Police have collected information from hospitals on Covid-19 people dying because of fake injections, and hospital records are checked in four other countries. In Gujarat, Madhya Pradesh, Maharashtra, Uttar Pradesh, and Chhattisgarh, the gang had sold false injections. One Sunil gang member said he sold alone 1,200 counterfeit injections, 700 sold to the Jabalpur City Hospital, and the other 500 sold to Indore retailers.

In the farmhouse in Surat, Gujarat, false injections were produced. When Dinesh Chaudhary and Dhiraj Sajnani were arrested by two people and found fake vials of remedy diving in their possession, Indore police stumbled upon the racket. The names of two officers were revealed, Asim Bhale and Praveen, who were also detained. The four called Sunil Mishra, the leading provider of fake injections in MP at the time of questioning. The names of both masterpieces, Kaushal Vora and Puneet Shah, were revealed by Sunil Mishra. The gang members admitted that they sold almost 5,000 counterfeit injections in various Gujarat towns. Of the 700 fake bottles sold at Indore, ten people were caused their life because of it.

Lack of testing centers during the second wave cause more rising cases for covid-19, resulting in a disaster.
Normal people have no idea if they have symptoms similar to covid where to go and how to get tested for covid-19.

People were using video calls to take consultations from the doctors. It was a hard situation for poor people that they won’t be able to get proper consultation, but some doctors are doing their bit very well to treat normal people nicely.

No beds were available in the hospitals, and people were panicking. People want to get a bed for themselves but not able to get anything that will help them.
Hospitals all over India were fully packed, and there were no beds available for new covid patients, so people were in a quite confusing situation where they don’t have proper guidance or instruction on how to get a bed for themselves.

9. Lack Of Ventilators In The Hospitals:

There was a severe need for ventilators at that time. People are desperately looking for a ventilator, and hospitals run out of ventilators stocks and oxygen cylinders.

People desperately want to get ventilators and oxygens. It was a total panic situation everyone was feeling helpless.
It turned out to be the biggest failure of the government and medical management.

12 Tips To Become The Better Version Of Yourself

Know Everything About The Covid-19 Disease