The developer of the iconic game PUBG, Krafton Inc, has revealed that a new battle royale game will be released in India. Battlegrounds Mobile India will be a game exclusive to India, and it is essentially PUBG Mobile reimagined for the region.

Battlegrounds Mobile India is set to debut soon in India, with a new name and an India-centric logo featuring tricolor hues. Here’s what we know about the latest game so far, ahead of its release. But first, in case you missed it, here’s the game’s short teaser.

The game returns with a new title and geo-locking in reaction to the Indian government’s ban on Chinese companies and applications. Tencent released the first version of PlayerUnknown’s Battlegrounds (PUBG) Mobile.

Pubg mobile is the most popular game among all of the online android mobile games available right now in India which is why every mobile gamer is waiting patiently for the release of the game. 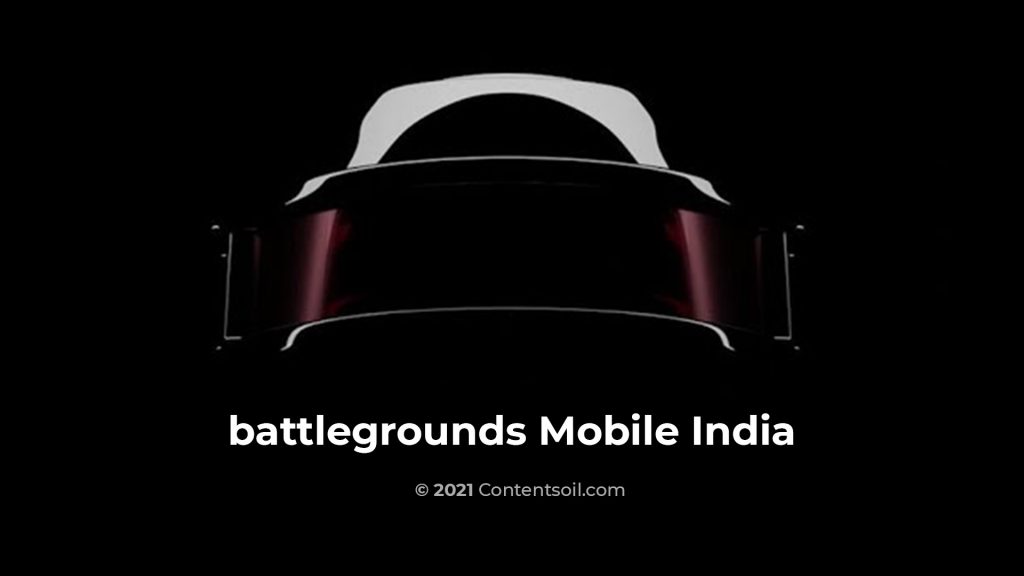 PUBG Corporation, headquartered in South Korea, announced in September that it would establish an Indian subsidiary to launch an India-specific version of the game.

PUBG Corporation has announced that Battlegrounds Mobile will maintain the same free-to-play mobile interface as its ancestor without specifying a specific launch date.

The geo-locking, on the other hand, would make hosting international e-sports competitions impractical, with the game only supporting India-specific tournaments and leagues.

As a consolation, the company offers India-exclusive clothes and in-game activities.

Before the game’s launch in India, Battlegrounds Mobile India will be available for pre-registration. The game’s pre-registration will allow players early access to the game before it launches, and it will be exclusive to Indian players only.

New Restriction For Kids And Teenagers:

Last year, the global version of PUBG Mobile India was blocked in India and a host of other Chinese games due to data privacy concerns. This included claims that Indian players’ data are being sent to servers in other countries. Battlegrounds Mobile India aims to address these concerns with a new game that places a strong focus on privacy.

“We will store and process your personal information on servers in India and Singapore. However, to run the game service and to comply with legal requirements, we may pass your data to other countries and regions,” the game’s current privacy policy said.
“If your information is transferred to another country or territory, we will take action to ensure that it is sheltered to the same extent as if it stayed in India,” it added.

On 6th May, official social media pages of battlegrounds mobile India release a short teaser saying the game will be coming soon.

On 7th May, Battlegrounds mobile India reveals the logo of the game.

The official teaser didn’t say anything about the game, and the 10-second clip ended with a “COMING SOON” tweet.

There is no official word about when Battlegrounds Mobile will be released in India. However, players should expect a trailer for the game and a release date to be announced shortly.
The official Battlegrounds Mobile India logo has been unveiled on the game’s official YouTube channel by South Korean gaming powerhouse Krafton. Fans and players of PUBG Mobile are buzzing about the latest title’s launch.

The game’s avid fans have been hoping for an official report on the game’s prospects in the country for a long time, and they finally got it on 6th May. Aside from the launch, the channel has unveiled a new teaser/trailer for the game, which has been trending for quite some time.
The excitement about the game’s comeback has reached new heights. For this version, a new website has been introduced. This link will guide players to it. The age limit on players under the age of 18 is one of the most critical aspects of this.

Furthermore, the Indian version’s exclusive Esports environment would most likely have a lucrative professional career choice. Krafton, on the other hand, has not confirmed any precise dates for pre-registration or the launching of Battlegrounds Mobile India.
To stay up to date with all the latest news and updates about Battlegrounds Mobile India, players can follow the game’s official social media handles.

It’s difficult to say whether the game tailored to India would be better or worse than the original. It is contingent on PUBG Corporation’s an engineering and production efforts for the Indian version of its famous battle royale title.
However, except for the manufacturing industry, its $100 million investment in its Indian subsidiary is the largest by any Korean company.

A few days ago, Krafton said that PUBG Mobile would be released in India and very likely. Krafton is optimistic about PUBG’s return to India and is working hard to bring the Indian version of the game to the world. In a recent case, Krafton’s corporate development manager, Sean Hyunil Sohn, said that the company is working hard to make a comeback. As a result, the launch of PUBG Mobile in India will take place.

PUBG Mobile India was first teased in November during Diwali, but it has been repeatedly postponed due to Indian government problems. The government is yet to permit Krafton to issue PUBG Mobile India in India due to the country’s border tensions with China.

The company’s CEO made it clear that the Indian market is crucial to them and that they are working hard to make it possible. Unfortunately, we don’t have an official PUBG Mobile India release date yet, but the developers are doing everything they can to get the game to India. Krafton recently stated that their newest game, PUBG: New State, will not be released until PUBG Mobile India is launched in India.

The release after unbanning of the game, previously named pubg mobile, is now relaunching as battlegrounds mobile India, increasing the hype of the online battle royal game. pubg mobile is the leading battle royal game banned in September 2020 in India, and now it is back in the Indian market. It is all set to relaunch as battlegrounds mobile India.

Know Everything About The Covid-19 Disease

The Quick And Straightforward Guide To Financial Literacy