NFT arts are valuable because people want to buy digital assets nowadays, becoming more popular day by day and having a unique value.

Last month, the world of digital art burst with a sudden rush of investor and public interest in non-fungible tokens, or “NFTs.” Ownership of (mainly) digital art pieces or valuables is granted to holders of these digital tokens.

The amount of money traded on the NFT trading platform OpenSea increased dramatically from roughly $5 million in January to well over $80 million in February. NFTs have been embraced by celebrities such as Logan Paul, Grimes, and Post Malone, and Christie’s, the world’s most prestigious auction house, just sold its first NFT artwork.

Several NFT arts are being sold in millions and still have a unique value, and people do want to buy them.

Several things make an NFT art valuable and unique, which makes people get interested in buying the NFT arts as a digital asset.

1. Non-fungibility
2. The authenticity of Ownership
3. The unique Value 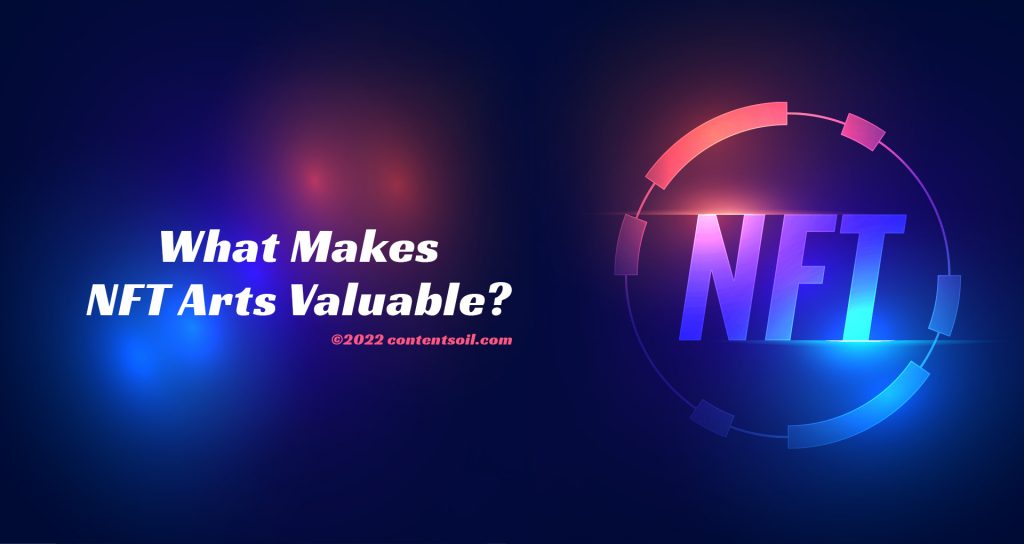 NFT stands for Non-fungible token, which means anything that has a unique value and can’t be replaceable. Non-fungible items hold an exceptional value, and people want to buy them as an NFT digital asset.

NFTs are best described as a combination of computer files and proof of ownership and legitimacy, similar to a deed. Like cryptocurrencies like Bitcoin, they are stored on a blockchain, which is a tamper-proof digital public record.

To sell their work as NFTs, artists must first register with a marketplace, after which they must “mint” digital tokens by uploading and authenticating their data on a blockchain (typically the Ethereum blockchain, a competitor platform to Bitcoin). It normally costs between $40 to $200 to do so. They can then sell their work on an NFT marketplace, which is akin to eBay.

Non-fungible tokens hold a unique value that people do want to buy because everyone wants to buy digital assets in this modern era.

NFT arts are the subject that people are talking about, buying, trading, and investing. There is a huge growth in the NFT community, which makes The NFT talk of the town right now.

2. The Authenticity of Ownership:

NFTs are created on a digital ledger, often known as a blockchain, in the same way, these other currencies are. They’re made as tokens, which are a form of ownership certificate. They are difficult to forge because they are formed on a blockchain that is dispersed among thousands of computers worldwide.

Several NFTs are being sold in a million dollars and have a value that increases day by day Everydays-The first 5000 days by Beeple sold on $69 million, which were the first Expensive NFT art sold so far.

If you buy an NFT art, you buy the actual art and the certificate of ownership that you own that particular NFT for a time.

For those unfamiliar with economic jargon, a fungible asset is a good or a commodity that may be exchanged for units that are equal to the original asset. Simply said, you can pay like for like.

For example, if a person exchanges a £5 note for another £5 note, their possessions’ worth and value stay roughly the same. Money has high fungibility by definition.

Non-fungible assets, like NFTs, are not interchangeable in the same sense that cash is. This is because non-fungibles have unique features. After all, there is only one of them.

NFT arts have a unique value because they are a form of images, videos, write-ups, gifs, etc., that has been converted into an NFT, which generates a key for the digital ownership authenticity for the person.

The usefulness, ownership history, and future value generate the bid for an NFT value.

Value is weighted variably among these four components depending on the asset that the NFT represents. Investors may use this paradigm to determine if an NFT is worth investing in and by NFT developers to consider methods to raise the value of NFTs to attract users and investors. The main point is that NFTs opens up a slew of new opportunities for both developers and asset owners to produce value.